Booting is the process of switching on a computer. Two types of booting are cold booting and warm booting. Six steps of the booting process are BIOS and Setup Program, The Power-On-Self-Test (POST), The Operating System Loads, System Configuration, System Utility Loads, and Users Authentication. 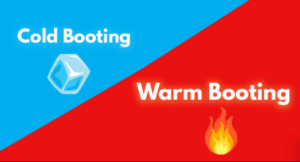 Here we represent the booting process of the computer with a diagram.

When the booting process takes place, it copies the kernel and important instructions of an operating system from hard disk to main memory (RAM). The kernel is the most important part of the operating system that manages memory and devices, maintains the computer clock, starts applications.
It assigns compute resources like devices, programs, data, and information also. The kernel also remains in memory permanently when the computer starts.

Steps In the Booting Process

Booting is the process of switching on the computer and starting the operating system. 6 steps in the booting process are BIOS and Setup Program, The Power-On-Self-Test (POST), The Operating System Loads, System Configuration, System Utility Loads, and Users Authentication. 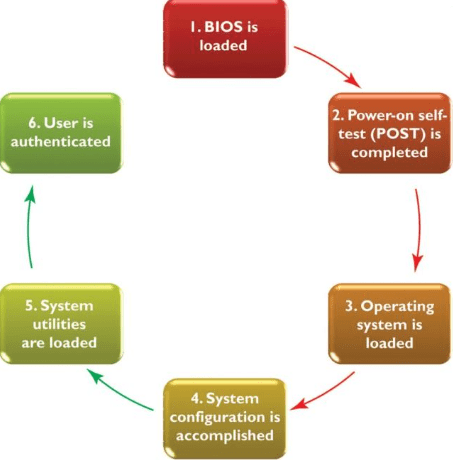 Here is the explanation of the booting process steps for more clarity.

BIOS  searches for the operating system.

The above-mentioned steps play an important role in booting a computer. After all this process, the user interface starts, enabling user interaction with the computer and its programs also.

I hope, after reading this article, you will completely understand the boot process, boot process steps as well as steps in booting a computer. If you still have any queries, feel free to write in the comment section. don’t forget to share this informative article on your social media accounts.