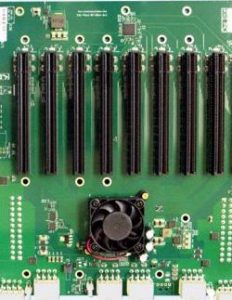 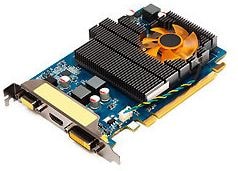 A few numbers of cards contain built-in feature or devices like modem card and graphics card. Some cards are also attached to a device outside the system unit like scanner etc.

Different types of expansion cards are as follows

It is also called a video adapter or graphics card. It converts computer output into a video signal and sends it to the monitor to display.

It enhances the sound-generating capabilities of a computer. It allows sound to be input through a microphone and output through speakers also.

It is also called a network card. It is a communication device that allows a computer to communicate via a network.

It is also called an internal modem. It is a communication device that enables a computer to communicate via telephone lines or other means.

Pc card is a thin credit card size device. It is used to add memory, disk drives, sound, fax/modem, communications and other capabilities to a mobile computer like a laptop. All pc card also follows the standard developed by PCMCIA. It is the abbreviation of Personal Computer Memory Card International Association.

This card adds memory capabilities to the computer.

It contains communication devices such as modem.

It deals with the devices like a hard disk. It is also the thickest card.