Scanner and Reading devices are types of input devices used to input data from a printed paper by scanning it. The input may consist of text or graphics. Let’s read the complete topic to learn more.

The scanner is one of the most important peripherals in the computer. Users, who deal with images and want to publish them professionally, can scan their desired images using a scanner. And then, after creating digital content, using image editing software, perform their desired operations on those pictures.

In cases where we want to create a digital version of information like textbooks, books, etc. the scanner can be used.  After scanning the texts and converting them to digital content, it is possible to edit them.

Choosing a scanner depends on various factors such as output quality, speed, and price. Fortunately, most reasonably priced scanners come with advanced features such as 2400 dpi resolution, transparency adapters, and USB 2.0 ports.

Most scanners designed for home and non-professional use have a resolution of 2400 dpi, which enables users to scan the images with the right quality. For example, HP has added a 4-by-6-inch photo feeder to allow users to quickly scan images.

How Does A Scanner Work?

In previous years, there was a form of light inside computer cases. Now you see the same light every time you scan. The cathode ray tube or xenon embedded in the scanner emits this light. The light hits the screen inside the scanner.

Then reflected several mirrors, eventually turning into a focal lens to the dark areas in the photo or document that you want to scan.

They reflect less light than bright parts. The sensors in the scanner detect these differences and provide an accurate picture of the document you are looking at on the screen.

If left open in the scanner, the areas that are left uncovered will turn black. Because the scanner has not received any surface for reflection inside the scanner. Sensors are still involved in how the scanner works. They specify the image resolution. The more sensors there are, the more light can be received.

Important features related to the scanner are following:

100 dots per inch will suffice to scan and use images on web pages or print 3 by 5 or 4 by 6 images. For scanning text using Optical character recognition (OCR), a resolution of 300 dpi is standard and will suffice.

If you want to create larger images (8 by 10 inches) or magnify smaller images, a scanner Select 1200 or 2400 dots per inch. Images that are more accurate will have better flexibility when editing and will take up much more space when stored on the hard disk.

For example, a 4-by-6-inch image with a resolution of 1,200 dots per inch will take up 25MB of space. It will take a long time to scan such images.

A transparency adapter (a light source that shines through the film) will be needed when scanning a slide or film. The above adapters can be provided with a scanner (an integral part at the time of manufacture) or as a separate module.

In addition to offering motherboards that have a USB 2.0 port, scanner manufacturers have also introduced scanners that use the above port to communicate with a computer. (If there is no USB 2.0 port, you can use the USB 1.0 port).

In tests performed on some scanners that use the USB 2.0 port to communicate with the computer, no noticeable difference in speed was observed. The speed and cost of scanners that can use Firewire ports is much higher.

The number of data colors that the scanner is able to detect and store is called color depth and is measured in bits per pixel. Since the scanner is usually able to retrieve more data than the drive can store, another identifier is added to the bit depth characteristic, such as 48 internal bits or hardware color, which is specified.

Most of the available scanners are flat type. The reason for this naming is that the scan surface is flat. In the above scanners, the image to be scanned is placed on a flat surface between the glass plate and the scanner lid. (Such as a copier).

Sheet-fed scanners became popular quickly according to the needs of users. The main use of the above scanners is to scan texts.

All scanners come with the necessary software to read an object, take an image and transfer it to the computer. After sending an image to the computer, other software may be needed depending on your needs (resizing, editing, effects, adjusting light and color).

Most scanners come with versions of image editing software. Many scanners also come with OCR software. Using the above software, you can scan a written text and convert it to the desired text for editing on a computer.

Having a scanner in the office helps keep records. However, we have to choose which model is designed to suit our needs. Flatbed scanners and manufacturing scanners have more flexibility but take up a lot of space. Handheld scanners scan at any size but are of better quality.

Flatbed scanners are ideal for digitizing records, receipts, or business cards. In the meantime, how the scanner works in different types is given in more detail below:

These scanners, also known as cylindrical scanners, are used in reputable and large publishing centers. Using this scanner, images can be scanned with high quality and detail. These types of scanners have a high resolution and have excellent image quality and color resolution.

It is most common for home use. In this type of scanner, the scan area consists of a flat screen which is a photocopier, on which the document is placed. This type of scanner has the most consumers due to its ease of use and the technology used in their head scan.

It should be noted that some models of this scanner can also scan negatives of films and transparencies, and also has the advantage. It also scans inflexible originals and can also scan multidimensional flat objects.

This type of scanner consists of a flat glass screen that is placed on a strip of mesh sensors. There is a door that sleeps on a glass screen. Paper or objects such as an open book are placed on the glass. The light that shines from under the glass is reflected by hitting the object being scanned and received by the CCD.

Sleeping scanners are among the most common and handy scanners, which are found in both color and monochrome models. The only drawback of these scanners is that they take up a lot of space on the table. Some dormant scanners can be connected to a transparent adapter.

In this type of scanner, the optical sensor strip (unlike sleeping scanners) is motionless and the scanned sheet moves on the tape. This type of scanner is for those who want to scan large volumes of documents.

It is very convenient to access editable text. Sheet scanners are available in two colors and one color. Of course, photos with small screens can be inserted into the scanner. But it is possible to collect them. Leaf scanners are very compact and take up little space.

The width of this scanner is about 10 to 12 centimeters, which allows it to be moved and carried. The disadvantage of this device is that we have to scan the pages in several parts, and since the light source of these scanners is a bit weak.

Their image quality is not as good as large scanners. Another type of handheld scanner is the pen scanner. Pen scanners are drawn to scan each line of printed text. Optical detection software with a pen converts scans into editable text and transmits them to a computer via USB.

It is less common to want to scan film and transparency (transparent screen). But those who work in the publishing industry encounter these cases a lot. Because the light is from the transparent model slide through which the light passes.

They must be scanned in a special way so that the light sensors can receive the reflected light. There are also scanners that can only scan slides, these scanners have a small area to scan.

An optical scanner is a light-sending input device. It reads hard copy text and graphics and then produces the results into digital form. The flatbed scanner is an important type of digital scanner.  It works the same as a photocopy machine.

It also creates a copy of the documents in the memory. After scanning, the user can store it permanently, print it, fax it, send an email or include it in another document. The quality of a scanner is measured by the number of bits in a dot and the number of bits per inch.

The optical resolution of some affordable scanners is from 600 to 3000 dpi. Scanners are also used in image processing. Image processing is the process of capturing, storing, analyzing, displaying, printing, and manipulating images. 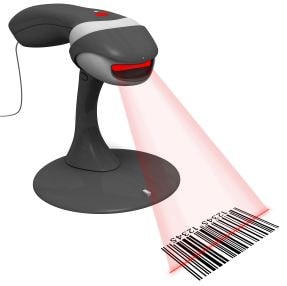 An optical reader is a device that reads characters, marks, and codes by using a light source. The optical reader converts that data into digital form. After that, this converted data can be processed by a computer. 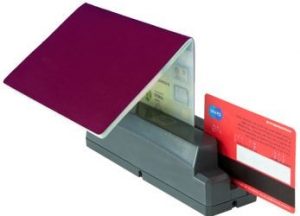 OCR is a technology that translates typewritten, computer-printed or handwritten characters from normal documents. Then it translates the images into a form that can be easily understood by the computer.

Most OCR devices use a small optical scanner to read characters and sophisticated software to analyze them.

Furthermore,  the OCR devices read printed characters using an OCR font. The most commonly used OCR font is called OCR-A. an OCR device determines the shapes of characters by detecting patterns of light and dark.

OCR software compares these shapes with predefined shapes stored in computer memory and converts the shapes into characters. 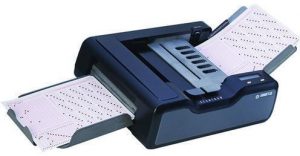 OMR stands for optical mark recognition. A light beam is used by these devices to scan and input data. After scanning, OMR converts that input data into electrical/ digital signals.

The signals are then sent to the computer for other processing. These devices are also used to check tests or surveys such as SAT and GRE etc. 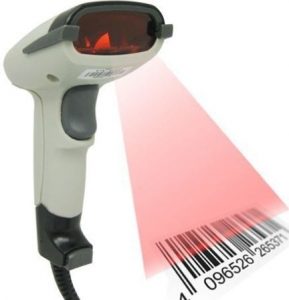 A laser beam is being used by the bar code reader to read barcodes. Barcode is an identification code that consists of a set of vertical lines and spaces of different widths. The barcode represents data that identifies the manufacturer and the item.

Furthermore, the most popular are POSTNET used by U.S. postal service and Universal product code (UPC) used by retail and grocery stores. 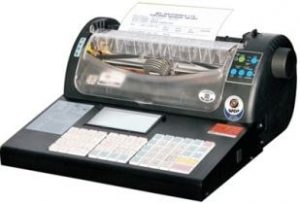 A magnetic ink character recognition reader is used to read text printed with magnetic ink. It is used in the bank industry for check processing.

Finally how the scanner works in all of the above conditions. Always carry a capture of images, including photos, posters, magazine pages, and similar resources, digitally and with quality. They are a great option for storing information. You can always increase your daily awareness by reading other articles in the field of computers. Everything you want is easily available to you. 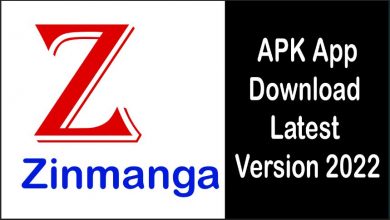 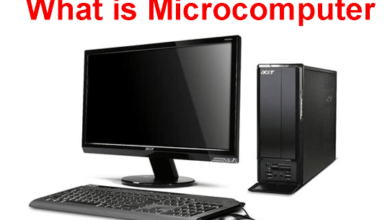 Types of Microcomputers with Examples