What is Analog Computer?

An Analog computer is a type of computer which functions continuously, no matter what the variations are in the input. These variations may include instability in current, temperature, electric, and mechanical parts. The best examples of an analog computer are Oscilloscopes, thermostats, and thermometers.

In the beginning, the analog computer was mostly used for the purpose to calculate the electrical signal, voltage, resistance of the capacitor, etc. It is not easy to work with an analog computer. Large `numbers of electrical, mechanical peripheral, and supporting devices are needed in order to function accurately.

What is Digital Computer?

The binary code consists of two basic digits 0 and 1. These two digits stand for true and false, no and yes, left or right. It is most commonly used in all fields of life. Generally, it is an electronic device. The major types of digital computers are:

Difference Between Analog And Digital Signal

Digital signals use a discrete or discontinuous set of values, while non-digital (or analog) systems use a wide range of values ​​to show information. Although digital representations are discrete in nature, the information provided can be separated, either in the form of numbers and letters, or in continuous forms, such as image, text, sound, and other measurements of continuous systems.

Difference Between Analog And Digital Computer in Table Form

Here we enlist some important differences which separate an analog computer from a digital computer.

Similarities Between Analog and Digital Computer

1:- The similarity between analog & digital Computers is that the starting and ending pairs are in the form of an electronic signal. That is, it may be current or voltage.

2:- One more thing to understand is that the digital circuits and components are constructed using analog components themselves. For example, an IC that understands only 0 and 1 is full of many transistors, while resistors, as well as capacitors, are also used sometimes.

Transistors, resistors, and capacitors are actually analog parts, but with different settings and special designs, they become converted into digital circuits.

3:- We can also convert digital and analog signals. There is a huge collection of converters that do this. For example, converting HDMI to VGA contains a digital-to-analog converter inside. Because VGA is an analog system and HDMI is a digital system.

For example, in a mobile phone, an analog-to-digital converter is used because the human voice is actually in the form of analog signals and must be digital in order to be easily transmitted. Many places use digital to analog converters or vice versa.

Other Common Difference { Analog Vs Digital}

The digital computer displays result of input on screens like monitors, LCD, or LED while the analog computer shows the results in the form of voltage signals and reading on the attached meters.

When we talk about electronic circuits, the digital computer almost uses two switches on and off. While on the other hand analog computer uses signals generators, operational amplifiers, and several resistors for continuous signals flow.

The digital computer evaluates and executes work in a discrete way. However analog computer generates results in a continuous way.

The digital computer does not have any memory such as a disc, drive, chip, etc. However digital computer almost requires memory like hard disk, flash storage, or memory chips in order to function properly.

While measuring environmental accuracy, noise can also affect the accuracy of the analog computer. But noise and disturbance cannot affect the digital computer.

Both analog and digital computers have their own importance. In some situations, they can be replaced with each other due to their similarities. however, they both are completely different in their work and characteristics.

we hope you enjoyed this article. Plz, don’t forget to share with your besties. still, have any queries! feel free to let us know in the comment section. 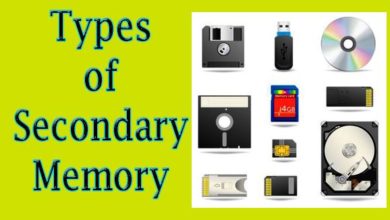 Types of Secondary Memory With Examples 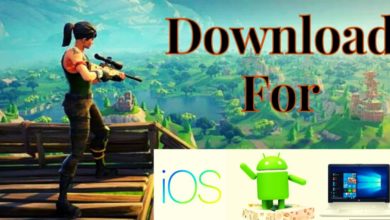