What Is A Computer Mouse?

This small piece of computer hardware is actually an interface between the user and the graphical environment of the computer system that controls the cursor and allows computer users to select and move texts, icons, and files on the computer.

It may be interesting for you to know that the mouse was not used in early computers and the user enters all commands through the keyboard. But with the advancement of technology and the invention of advanced operating systems like windows with GUI needs a device that facilitates the users by providing faster navigation. 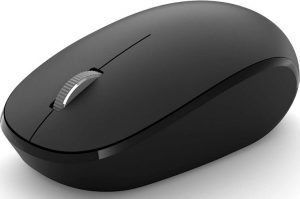 The main job of the mouse is to detect the direction of the hand that moves the device, as well as to detects the speed of movement. The mouse has sensors that are able to detect movement and clicks, and after the necessary detection, sends the required information to the computer.

The main job of the mouse is to detect the direction of the hand that moves the device, as well as to detect the speed of movement. The mouse has sensors that are able to detect movement and clicks, and after the necessary detection, sends the required information to the computer.

Different types of computer mice work according to their structure. Basically, sensors are used in mouse to detect the direction and speed of its movement and convert it into signals that can be understood by a computer.

The old mouse consisted of a roller, which was rotated by the user moving the mouse and the motion sensors inside the mouse detect the direction, speed, and amount of movement and sent this information to the computer in binary codes.

While the optical mouse consists of a small camera that captures the immediate position of the mouse by taking a series of shots (250 images per second). This technology will be able to detect the speed and direction of movement. These mice can be used in flat places. 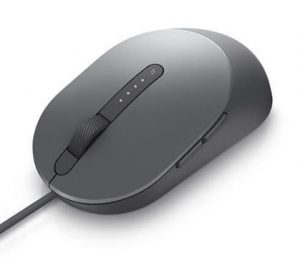 If you want more accuracy and avoid unwanted movements and jumps of your mouse, it’s recommended to enhance the accuracy and speed of your work by using a quality laser mouse.

The frame is the protector that protects the inner parts and creates the appearance of a mouse. It is generally made of plastic and its shape is based on workplace engineering or research work. A huge variety of computer mouse is available in the market providing more reliability and comfort.

As the sphere spins, it makes contact with two rollers present there at a 90-degree angle to each other. As a result, it rotates them. In other words, we can say that there are two rollers perpendicular to each other inside the mouse, opposite the surface of the mouse ball, which are:

In a mechanical mouse, two pairs of metal guide rods connected to the bottom of the mouse are present next to the mouse wheels. The revolving of the wheels makes contact with these rods. That is, every time one of these metal rods hits one of the wheel connection points, it produces an electrical signal.

The number of these signals represents the number of times that the conductor bars hit these points. In this way, the track in which the mouse rollers rotate indicates the direction of movement of the mouse.

Sometimes the light cannot reach the detector. In this way, electrical signals are produced again to be transmitted to the computer to understand the movement of the mouse. “Mechanical” mouse always required two pairs of diodes and a detector to track the direction of rotation. But optical mouse have a light receiver and a light-emitting diode.

Under each key on the mouse frame, there is another key. When any key on the mouse frame is pressed. The pressure is shifted to the lower-key inside the mouse. This conveys mouse commands to the computer. Most of the mouse have two keys and some of them have three or four keys. The most modern mouse has a spinning switch called a scroll key that can be used to scroll.

The first computer mouse was produced by American scientist Douglas Engelbert. This device had wheels that interpret the motion of the wheels with two potential gauges.

With the advancement in the field of technology, the design and mechanism of a computer mouse have changed. In terms of the type of function, the computer mouse is divided into two general categories:

The mechanical mouse or hub is the updated version of the Engelbert model. This is a type of pointing device that consists of a plastic or metal ball that can rotate in any direction. In mechanical mice, there are two rollers; one of these rollers is used to scroll the screen and the other roller rotates in different directions.

These are not very advanced and have a lower price than laser and optical mice. Balls embedded in ball mice can be manually controlled.

Another type of ball mice is stationary and non-removable. You just control the factors on the screen by using the balls of this mouse. The rollers inside this computer mouse are made of compressed plastic or glass. The main reason behind using glass and plastic is that they do not devalue, wear out over time and have a longer life.

There is another type of mouse that is called an optical mouse, and you can use this computer mouse for dedicated tasks. The reason for naming this mouse is that these products use imaging sensors and LED lamps.

This sensor begins shooting when the LED light is reflected on the mouse pad. Through recorded images, the computer can sense the speed of movement of the mouse as well as the track of movement.

Laser Mouse works similarly to an optical mouse. The light shines on the surface of the mouse pad and then the reflected image is captured by the sensor. But instead of an LED light, a laser is used. There are two major differences between optical and laser mouse:

Of course, the latest models of mouse like the Logitech MX Master 2S is an optical mouse that has a sensor that can work on the glass surface without any problems. Due to the optical nature of the sensor, it has high accuracy.

Normally a computer mouse has 3 buttons, while a gaming mouse generally has more buttons to do things faster in the game to give the person a better playing experience and responsive speed.

Such type of mouse also has the capability to adjust the DPI. It is also possible to set these buttons for other jobs, and the features of this mouse are not only limited to be used in the games.

Another type of computer mouse is the ergonomic mouse. The major feature of ergonomic mice is their amazing design. For example, the Logitech MX Vertical mouse and Bayand BVM-700 mouse are designed inwards so that your hands are at a more natural angle and feel less tired.

As the name shows, a wire is used to connect the wired mouse to your computer. Some People think that wireless mouse are completely superior to wired mice. But we must say that wired mouse have a stronger and faster connection than wireless mouse. Wired mouse never faces lack of transmission, any need of batteries as well as less weight. So you do not need to worry about their charge.

The Silent Mouse, as its name shows, is a mouse whose clicking of a button produces very little noise. These mice work similarly to any other type of computer mouse. The click mechanism does not distinguish their use from another mouse.

No doubt, because of the changes in the click system of this mouse, their buttons are softer and the amount of movement of their buttons is less than other mice. Therefore these mouse are not suitable for gaming, but suitable in crowded office environments where a large number of people are busy. Removing this sound can help most people to stay alert while working.

The use of Bluetooth mouse has become more common among today’s computer users. This mouse is very popular. But it is not a good option for the people such as graphic designers who use the mouse a lot. 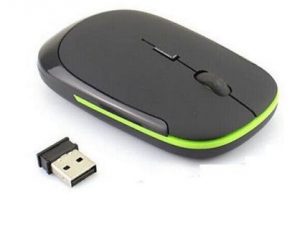 Every type of computer mouse has its own quality. The best type of mouse for you will depend on the nature of the work you want to perform. If you just only want to control your computer, you can get a wireless mouse.