What is Secondary Memory? 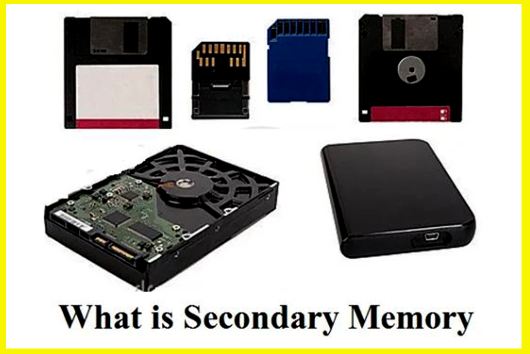 Following are some important characteristics of secondary:

Secondary storage, on the other hand, is stable in nature, which means that instructions are first transferred to the main memory and then back to the central processing unit.

In secondary memory, information is stored on external storage devices and is not directly accessible by the processing unit.

Secondary memory is unchanged in nature, meaning that information is stored permanently in the event of a power outage. The data is intact unless the user intentionally deletes it. 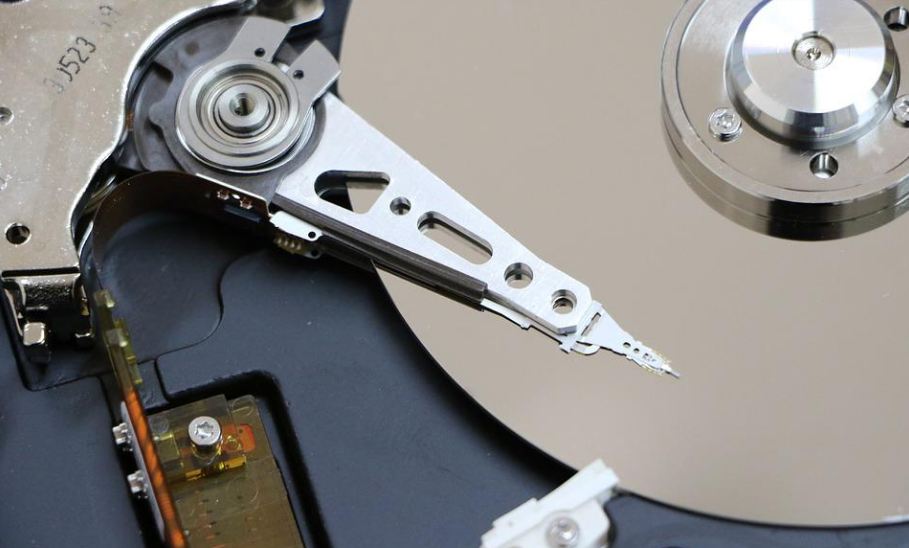 Following are the most common types of secondary memory:

Soft disk or floppy disk is the secondary memory that is still used in offices and companies despite its low capacity compared to the new memory. It consists of a thin flexible circular piece of magnetic material enclosed in a plastic case that may be square or circular.

Information is stored in concentric circles. The name of these circles is TRACK. Each groove consists of several sectors or SECTOR. However, a whole segment is called a CLUSTER.

Floppy disks were very much in use in the 1980s and 1990s, particularly with home computers, such as the Macintosh and IBM home computers, to share programs, send and receive data, and take backups.

Before the discovery of hard disks, floppy disks were used to store the operating system and home computer programs as well. In the early nineties, the spread of the Internet was also very large, which led to the use of other storage and data transfer devices with larger storage capacities. This will lead to a decrease in the use of floppy disks.

Magnetic tape is one of the types of secondary storage that is written in tracks on magnetic plastic material. It is one of the external memories that is not used much anymore. In the past, due to its cheapness and ability to store information in high volumes and its long shelf life, it has been very suitable.

One of the most important uses of magnetic tape, due to its large storage capacity, is primarily to make backup copies of files. The scope of its use has also been expanded to save music such as (audio cassettess) and audio and videotapes.

It is similar to the magnetic tape in the way it works for ordinary audio tapes or audio and videotapes, and it differs from discs where the data is accessed sequentially. Therefore, its speed is considered low and it is not used in direct interaction with the computer. But is used to create backup copies and save and is often used with large computer systems.

It is a disc coated with plastic that can save digital data in the form of small pits on the surface, read by a laser that scans the surface. . One of the disadvantages of optical discs is that they are subject to scratches, which leads to their peeling and thus leads to complete or partial damage to the disk.

Zip drive is similar to floppy disks, but it has the ability to store a very large amount of data, starting with a hundred megabytes.

It is called (DVD) which is an optical disc used to store data, and it can store movies of high quality in terms of clarity and sound. It is similar to a CD in terms of dimensions (12 cm) but has a different code and a much higher density. The disk can hold 4.7 gigabytes of information.

This type of disk can write information on one or two sides, as well as in one or two layers. The number of sides and layers shows the disk’s ability to absorb information. These digital disks are available with a length of 8 cm with a storage capacity of 1.5 gigabytes.

DVDs are consists of the following three main categories which are as follows:

A hard disk is another secondary memory that will be very suitable for storing programs and data for a long time. The hard disk is made of several parallel circular plates made of glass or metal that have a magnetic cover. A motor rotates it and there is a head-on on each side of the circular plate for reading and writing information.

One of the most important features that distinguish a hard disk from another is its storage capacity and rotation speed. There are three different types of hard disks:

Most computers today contain a hard disk. and the large computers, such as servers contains huge numbers of hard disks. But the presence of a hard disk is not necessary to operate the device. The main reason for using these billions of hard disks is their ability to hold a lot of data after a computer is shut down.

Some important examples of secondary memory are as follows: