A central processing unit (CPU) known as a central or main processor, is an electronic part within a computer that executes instructions by the user. CPU consists of two components ALU & CU that handle arithmetic, logic, controlling, and input/output (I/O) operations as per instructions.

The Central Processing Unit (CPU) is an electronic component inside the computer that handles and processes all instructions it receives from hardware and software running on the computer. It is the combination of two parts ALU & CU. It is also called a processor.

CPU is mounted on the motherboard. It carries out most of the work of a computer. Data comes from RAM and other units such as keyboards and drives that pass through the CPU continually. CPU processes the data and sends it back to RAM and also to other units.

What Is CPU Full Form?

CPU stands for Central Processing Unit. It is the main part of the computer that receives information from memory, then applies various algorithms such as multiplication and addition or logic operations such as and or not, and Finally delivers the output.

CPU continually receives instructions to execute. Each instruction tells the CPU to process data. Furthermore, the CPU performs all operations on data according to the given instructions. It executes instructions and tells other parts of the computer what to do. Most of the work consists of calculations and data transfer.

The central processing unit (CPU) has the following features:

Components Of The CPU

A CPU is the combination of three major components that are ALU (Arithmetic and Logic Unit), CU (Control Unit) & Memory or Storage Unit / Registers. Both ALU & CU have unique functionality. It tackles arithmetic and logical operations while CU is responsible to control all activities of a computer. 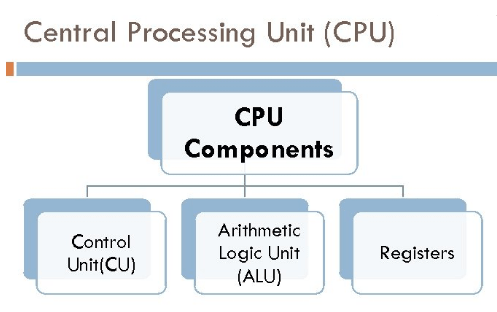 The CPUs are manufactured by Intel and AMD, each of which produces its own type of CPU. In the modern era, there are many types of CPUs on the market. Here are some of the main types of CPUs:

Single Core is the oldest type of computer CPU used in the 1970s. A single-core CPU has only one core to handle various processes. This CPU can only perform one operation at a time. The CPU moves back and forth between different sets of data streams when more than one program is running.

This type of processor contains two dual-core processors in an integrated circuit (IC) or chip. Therefore, a quad-core processor is a chip made up of four independent units called cores. These cores read and execute CPU instructions. The cores can execute multiple instructions at the same time.

A quad-core CPU uses technology that allows four independent processing units (cores) to run in parallel on a single chip. Therefore, by integrating multiple cores into a single CPU, it is possible to produce more performance without increasing the clock speed.

What is CPU Clock Speed?

The Clock Speed ​​indicator is the speed at which instructions are executed by microprocessors, which specifies how many calculations the processor can perform per second. The term is also known as “clock rate”, “computer frequency” and “CPU frequency”.

The unit of measurement for this indicator is GHz which represents a billion pulses per second. The clock rate of personal computers is a characteristic of performance as well as the speed of data processing by the CPU. The higher the value, the better the system performance.

What Is The Role Of the CPU?

The CPU receives, decodes, processes, and delivers command data from RAM. CPUs are available in a variety of devices, from computers and laptops to smartphones, tablets, and smart TVs. Generally, processors have very small physical dimensions. These dimensions are very limited and range from 2 to 3 square inches.

What is CPU Usage?

CPU usage means how much the processor is working right now. The usage of the CPU can be examined to figure out how much of the processor’s capacity is currently occupied by different tasks. A computer’s CPU usage can be changed depending nature of tasks that are presently performed by the processor.

Intel and AMD are top brands in terms of CPU production. The main Intel products are Pentium and Zeon for servers and  Core 2 Duo and Intel Core for small computers. AMD now manufactures PC CPUs, GPUs, Workstation and Integrated processors, and motherboard chipsets. 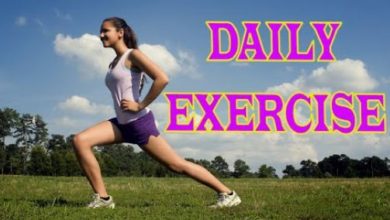 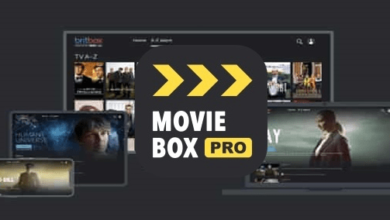 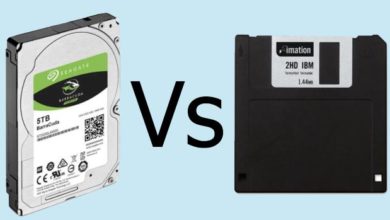