The “Metropolitan Area Network” or “MAN” is a network similar to a local area network (LAN), but it extends over a whole city or university building. It is designed to connect several LANs together. It is larger than a LAN and smaller than a WAN.

What is MAN Network?

MAN is also called the medium network, and this type of network connects a group of organizational buildings that may be sited in an extended geographical area of about 80 kilometers. The services of this network use a few types of communications channels such as telephones and the PND (public data network) or local communication exchange carriers LEC or cable companies.

MAN network supports a large variety of services, such as connecting from one local network to another and interconnecting the exchange of communications of all kinds. Computer stations are connected to large computers that may control this type of network.

Microwave systems and fiber optic cables are typically used to connect the hubs of this type of network. An important example of a district network is the MIND network in Pasco County, Florida, USA.

This network connects all the district’s media centers through a centralized mainframe located in the district office. Dedicated phone lines, coaxial cables Coaxial Cabling) and Wireless Communication Providers are used to connect these media centers. 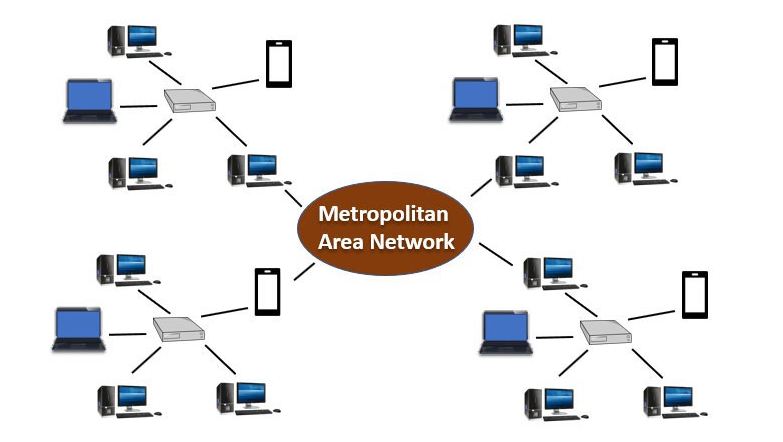 The “MAN” network is very efficient and may provide its users with quick communication through the use of high-speed carriers such as fiber-optic cables. It is ideal for diverse types of network users due to its medium size.

They are used to make high-speed networks for cities and villages. As for the working mechanism of the urban network, MAN is similar to the Internet service provider ISP. But it is not owned by a single organization.

Like the WAN, the urban network provides its users with network connection shares, and it often operates on the data link layer, ie the second layer of the OSI standard communication model.

The MAN network standard is IEEE 802.6 or DQDB (Distributed Queuing Double Corridor) assigned by IEEE and using this protocol the network spans 30-40 km (20-25 miles).  Among the widely used network protocols are RS-232, X.25, Frame Relay, ATM, ISDN, ADSL, and others, which are completely different from those used in LAN.

ATM (abbreviated “Asynchronous Transfer Mode”), is the most commonly used digital data transfer technology. It was developed in the 1980s to enhance the transmission of real-time data within a single network. It operates on a cell relay system where data is divided into fixed packets of equal length.

The function of ATMs is to convey clean video and audio during live video conferencing. These features have enabled ATMs to become the basis for extended networks. ATM joints the advantages of circuit switching and packet switching, allowing it to transmit even real-time data.

The FDDI standard concerns data transmission within a LAN and can cover a maximum distance of 200 km. It supports the transmission of data to thousands of users which is why it is referred to as MAN technology. Optical fiber communication media is used in its infrastructure for this purpose known as “Fiber Distributed Data Interface”.

This technology is used when data travels over a connectionless service. SMDC includes data that is transferred by storing information in the header and delivering it to its destination independently over any network.

When data is transmitted using SMDS technology, it forms small packets as in ATM technology. This technology allows data to be transmitted over large geographical areas in the form of datagrams.

The Metropolitan Area Network (MAN) is located between the LAN and WAN networks and is generally found to connect geographically separated LANs to each other. Therefore, the objective of using MAN is to improve communication between two independent LAN nodes. 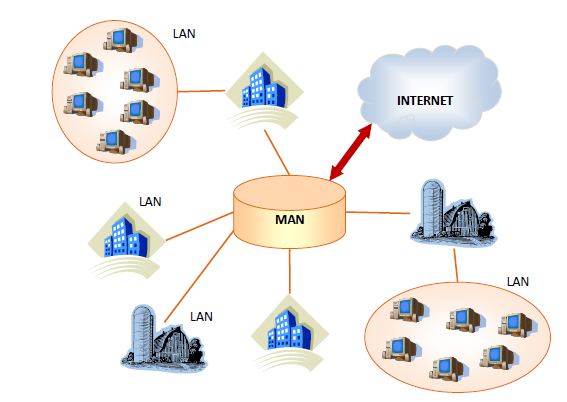 Switch: A switch is a port that is often included in the design and is valuable in dealing with filtered and incoming data, usually in the form of frames. Each switch acts as a dual-port.

Router:  The router is another device to facilitate networking. It helps direct data packets to where they need to go.

Difference Between LAN, MAN, And WAN

It consists of a group of computers and Pointing devices connected together. Usually, connect computers within the same building. Communication between them should be high-speed and relatively expensive.

Usually, larger networks consist of several buildings in the same city or town.

Similar to MAN, but not limited to a single geographic area, state or country borders and can cover almost the complete world. A WAN connects several LANs. High speed and expensive. The Internet is an example of a global public WAN.

Following are the major advantages and disadvantages of the Metropolitan Area Network:

Less Expensive: Compared to a WAN, it also has the ease and efficiency of managing data in a centralized way. Sending email locally is free and fast.

Faster Than WAN: It uses optical cables that simply reach 1000MB, which means data and files are transferred at high speed.

Internet Sharing: Users on some MAN extensions can share their Internet connection. That is, multiple users can get the same super-fast internet.

Ease of Switching from LAN to MAN: MAN is the fastest way to connect two fast LANs together. The motive is due to the rapid structure of links.

Security: MAN has a high level of security compared to WAN.

Difficulty to Control: If the urban network MAN expands, it becomes harder to control it. These difficulties are due to cybersecurity threats and other additional architectures.

Internet Speed Discrepancy: MAN does not work with traditional copper telephone wires. And if it is installed, its speed will go down. That is why it requires the installation of optical cables, which will cost a lot.

Vulnerability to Penetration: There are great chances to be attacked by hackers compared to a LAN network. This makes the data vulnerable to hacking. The data can stay secure in it but it requires expert staff and security tools.

Setting Up The Urban Network MAN Needs Specialists: the installation of the network requires technical people to get it right.

Need For Additional Wires: The need for additional MAN cables to connect two LANs is another problem. 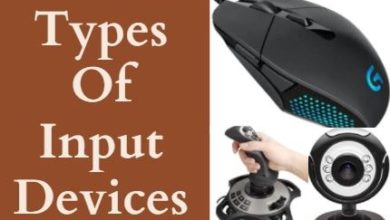 Types Of Input Devices And Their Functions 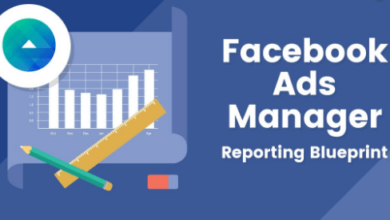 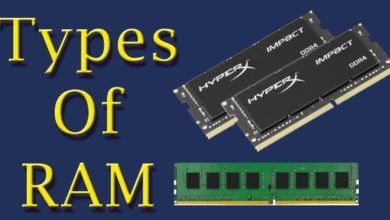 Types Of RAM In Computer 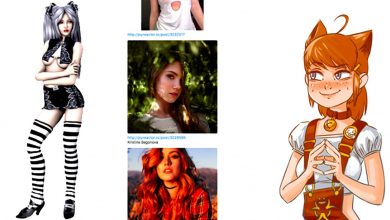