There exist a huge history behind the development of today’s modern computer. The first counting device was used by uncivilized people. They used sticks, stones, and bones as counting tools.

The history of computers starts with the invention of the abacus which is supposed to be the first computer. It is considered that it was the Chinese who invented Abacus around 4,000 years ago.

It was made up of a wooden rack that has metal rods with an equal amount of beads mounted on them. These beads can be moved by the abacus operator by following some rules to perform arithmetic computations. In some countries like China, Russia, and Japan, Abacus is still in use. Following is the image of this tool;

It was also a calculating device that was operated manually. It was invented by John Napier (1550-1617) lived in Merchiston. In this calculating device, he used 9 diverse ivory strips or bones indicating numbers to multiply and divide.

So, based on the name of the developer, the tool became known as “Napier’s Bones. It was also the first machine that can even use a decimal point in calculations.

Pascaline was also an Arithmetic or Adding Machine. It was developed between 1642 and 1644 by a French mathematician Blaise Pascal. It is considered to be the first mechanical and automatic calculator.

Basically, Pascal designed this tool to help his father who was a tax accountant. This machine can only perform addition and subtraction with a few levers and gears. It consisted of a wooden box with a sequence of gears and wheels.

When a wheel rotates and completes one revolution, it rotates the nearby wheel. A sequence of windows is available on the top of the wheels to read the totals. The image below will clearly show this tool;

It was invented by German mathematician Gottfried Wilhelm Leibnitz in 1673. Leibniz then added a few gears to Pascal’s machine to build a machine that could do multiplication and division as well.

It was the first digital mechanical calculator which was called the stepped reckoned. It was prepared with fluted drums. The following image will explain it more;

At the beginning of the 1820s, Charles Babbage developed a machine for calculating polynomials, which he called the differential machine. Hence the name Babbage has gone down in history as the father of computers.

This invention brings new thinking to the history of the computer. It was an automatic calculator developed to resolve tables of numbers like logarithm tables.

This calculating machine was also invented by Charles Babbage in 1830. It was basically a mechanical computer in which input is given by using punch cards.

It was the ability to solve any mathematical problem as well as store information permanently. . This machine gives a new way to develop more advanced computers similar to today’s computers

An American statistician Herman Hollerith was invented in 1890. It was a mechanical tabulator machine based on punch cards. It could tabularize statistics and keep or sort data or information. This machine was first used in the 1890 U.S. Census.

It was the first electronic computer invented in the United States in 1930. It was an analog machine developed by Vannevar Bush. These vacuum tubes are used to exchange electrical signals to perform calculations. It was capable to perform 25 calculations within minutes.

The next major improvements in the computer began in 1937 when Howard Aiken planned to design a machine that could carry out calculations involving big numbers. In 1944, Mark I computer was developed as a partnership between IBM and Harvard. It was the first programmable digital computer.

Each of the sixth generations of the computer is obvious by an important technological development that has had an original change in the way computers work.

Computers play an imperative role in almost every part of human life. But computers, as we know them today, are very different from prototypes. The first electronic computer was introduced in 1833; It was the first device to have an Analytical Engine.

Over time, this instrument was transformed into a reliable machine that was capable to perform tasks more rapidly. This is how the first generation of computers with the ENIAC machine was born.

The first electronic computer, the ENIAC was developed at Harvard University, using a dual-mode vacuum lamp and relay.

The ENIAC was a huge computer that weighed more than 30 tons and occupied the size of a building. These computers used 18,000 vacuum tubes, and the problem of ventilation and cooling of computers was a vital and difficult issue.

Some of the popular first-generation computers are;

Features of this 1st generation of computer are:

In the early 1950s, with the arrival of the transistor and its use in computers, as well as the use of small magnetic cores as memory, many important changes were made in the history of the computer.

The development of the transistor made new computers smaller, lighter, and more reliable, as well as greatly reducing their power consumption. The use of small magnetic loops as memory also gave computers a lot of speed.

Some of the popular 2nd generation of computer are;

Some of the popular third-generation computers are;

Features of 3rd generation of computer;

In this generation, software was sold alone, not as part of a computer. This created the software industry

The fourth generation is characterized by the use of a microprocessor. The main feature of this generation of computers, the use of high-density integrated circuits, and density are very high.

Some of the popular fourth-generation computers are;

Features of 4th generation of computer;

The fifth generation of computers was first conceived by the Japanese in 1980. Proposes of the construction of computers is that they can learn, assume, make decisions, and generally behave in a way that is usually within the realm of human logic and reasoning. In other words, be smart.

This generation uses an ultra-high density integrated circuit. This generation has brought a new vision in the history of the development of today’s modern computer.

Some of the popular fifth generation computers are;

This generation of computers is being designed and implemented. But since we are at the beginning of the road, we cannot say with confidence what the characteristics of this generation are.

One can only point out that parts or parts of the human brain will be designed as circuits and used in the construction of these computers.

The general goals of scientists in inventing new generations of computers can be summarized as follows: 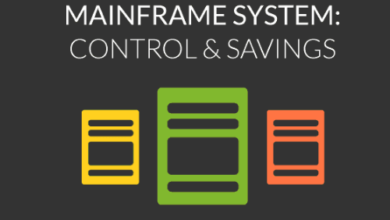 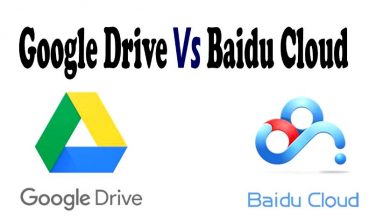