In this article, we are going to explain to you about the microphone and its different types. Have you ever wondered what a microphone is and how it works? We must first have a brief definition of a microphone.

What is a Microphone?

Microphones usually have protective barriers on their head made of hard metal. Just below this protector is the windscreen. Almost all microphones have a built-in windshield. But for use in the studio or even outdoors where the wind can be annoying, it is better to use a pop filter. The windshield is a thin layer of foam used to prevent air from entering the diaphragm and making unnecessary noises.

The diaphragm is part of a microphone that is very similar to our eardrum. When sound waves strike the piece, it vibrates, and the microphone converts the same vibration into an electrical signal. The aperture can be considered the biggest factor in the sound quality of a Mic.

In this type of microphone, the coil is connected to the diaphragm and when it vibrates, the coil also vibrates.

This piece is also unique to dynamic microphones. The magnetic core creates a magnetic field in which the vibration of the coil generates an electrical signal.

In any microphone, the capsule is where sound is converted from vibration to electrical signal. In dynamic microphones, the coil and core are separate from the capsule. Some Mics need the power to make the capsule work, but there are some types of microphones that do not.

This is where you connect the cable to the microphone. The cable type for microphones is XLR by default.

How Does The Microphone Work?

When we emit sound in the air, the microphone receives sound waves and transforms them into electrical waves. The way the microphone works is that it converts these waves into electrical waves by a sensor or electric current, and the electric waves are heard after amplification. In fact, they use amplifiers, recorders, or speakers to amplify them, and they are heard through speakers.

The audio produced by the microphone can also be used as input via a sound card or stored as an audio file. Microphones, on the other hand, have a thin layer called the diaphragm, which starts vibrating when sound strikes it. These diaphragms are available in three sizes: small, medium, and large. The way the microphone works varies depending on the size of its aperture. That is, by changing the aperture size, sound attraction, noise, sensitivity, and so on change.

In 1876, Emile Berliner invented the first microphone that was used as a voice transmitter in telephones. Microphones are commonly used in telephones, voice recorders, karaoke systems, hearing aids, film and animation making, audio engineering, private radiotelephones (such as walkie-talkies) handheld speakers, radio, and television programming, and audio recording on computers. Voice recognition systems, VoIP as well as non-voice applications such as ultrasound and troubleshooting systems also use microphones.

Different types of microphones are as follows:

The dynamic microphone works in such a way that as the diaphragm moves, the tube wire also moves up and down. In fact, the presence of a permanent magnet causes a magnetic field to form and its current to pass through the coil. Because every time we bring a magnet closer to a wire, an electric current is induced in the wire. In this way, the sound waves we talked about are converted into sound energy, and we hear them.

This microphone is generally used in concerts, news reports, movies, and more. They are prepared in such a way that they last even in difficult conditions and break down later. At the top of the microphone is a diaphragm with a tube attached to it and it moves with it. A magnet is present inside the tube wire and sound comes out of the end of the tube wire.

Capacitive or Condenser microphones respond well than dynamic microphones to the speed and mobility of sound waves. This simple mechanical system is based on a thin, elongated diaphragm located near a metal plate. This arrangement builds a capacitor that receives its electrical charge from an external source (battery or dedicated power supply).

This microphone produces very good sound quality (usually 20 to 18,000 Hz) and responds very well to transient sounds. A Condenser microphone is used for extremely sensitive audio recording, such as recording in moving and static scenes, especially when the audio source is far away. On the other hand, this can also be used as a sound canvas, hand canvas, stand, and pendant.

In this model, an aluminum strip or ribbon is placed between two magnets. The tape acts as an aperture, and sound waves strike the ribbon-shaped tape from a particular direction. As a result of this collision, the band is relocated in the resulting magnetic field.

Then an induction phenomenon happens and the flow of sound is changed into electrical signals. The signals are output from this section by wires and we hear the sound produced. These types of microphones are more sensitive than the capacitive and dynamic models and receive sound only in one direction.

This is a special type of capacitive microphone that is commonly used as a personal microphone or hidden microphone and has a good quality in sound recording. This fairly inexpensive and small type of microphone has a plastic diaphragm that has a constant electrostatic charge, so it will not need polar voltage.

A small battery-powered amplifier is housed in the microphone box. Due to obsolescence and too much work, there are problems in the operation of this microphone. For example, the loss of high frequencies decreased sensitivity and increased background noise. Disruptions in this microphone are generated by high humidity, steam, heat, and dust.

USB microphones are one of the new advances in microphone technology and contain all the components of a traditional microphone: capsule, diaphragm, and so on. The difference between these microphones is that they have two additional circuits. An internal preamplifier and an analog to digital converter (A / D).

The transmitter part of this equipment is usually integrated and supplied in a set with a mic part without wires. Newer wireless microphone systems have two different antennas, one on the transmitter and one on the receiver. When the distance of the transmitter from the receiving antenna increases too much, the sound and radio signals become distorted and noisy.

As the name mentions, this is a small microphone that fits on the collar of your shirt. This type can be both wireless and wired. Collared microphones are typically about 6-8 inches below the subject’s chin. These microphones perform best when they are not covered by clothing or blocked by anything.

But if you want to make them hidden, you can often hide them between a button-down shirt, under a tie or scarf, or even attach them to a shirt or sweater.

The cardioids microphone not only hears but also listens like humans. Technically, the cardio microphone is very sensitive to sound from the front. It captures some of the sounds from the sides and strongly rejects the back sound. This is why the maximum number of stage and studio microphones has a cardioid pattern. Cardio microphones are best for encoding songs and anything that is supposed to look dry and closed.

Cardioid mics are very similar in how they operate, but their sensitivity is lower compared to cardioid, which results in greater isolation and resistance to background sounds. As a result of these mics being highly resistant to background noise, they are often used in loud parties or in untreated recording rooms against noise.

These microphones are capable to record sounds from all angles and are therefore called multi-directional microphones. They are equally sensitive to sound in all respects. Due to their undirected design and the fact that they do not block the sound in any way, they get the improved nuances and subtleties of the sound, which makes the sound more natural.

Multi-directional microphones are usually used to record an orchestra. But they can also be very helpful in the home studio. For example, when you record an acoustic guitar, percussion, background song, or anything that seems to have the best sound in the room. The clear disadvantage of this type of microphone is the lack of noise reduction behind the microphones.

The name of this mic comes from the graphic shape of its polar pattern, which looks like the English number 8. In short, this form of the microphone is sensitive to sound from the front and back and records it, but isolates the left and right sides, which makes them ideal for stereo recording, or recording two or more instruments.

This may not appear very helpful to you at the begging. But there are several interesting and advanced programs for Octa-shaped microphones. Octa-shaped occurs to be a natural pattern for ribbon microphones, and most multi-pattern condensers can be set to Figure 8.

Shotgun microphones, also known as linear and gradient microphones, have a tube-like design that makes their polar pattern even more directional than that of hyper cardioids. The capsule is located at the end of the tube containing the microphone and eliminates ambient noise by using phase neutralization.

These microphones have sound sensitivity from all around due to their pattern shape, but they differ in the amount of this sensitivity. In this way, their focus is on the sound in front, then back, and finally to the sides at the end.

This design enables the microphone to have a narrower polar pattern, with a longer range at the front. While shotgun microphones are regularly used for movies. They are also great overhead or microphones for things like singers, choirs, and cymbals.

Diaphragms have a lot to do with sound. Every mic has an aperture, and understanding the aperture is crucial to mastering the microphone. The diaphragm is a thin membrane that moves in response to a change in sound pressure (sound waves).

The diaphragm is a major component of the converter in converting audio energy into electrical energy. A  diaphragm is part of a larger unit inside a microphone called a capsule. Capsule design is very important in microphone performance

Microphones pick up sound through their diaphragms; A thin layer of a substance that vibrates when it strikes sound; This vibration converts sound energy into electrical energy. Although there is no standard unit for measuring aperture size, there are currently three main categories for microphone aperture

Microphones with small apertures are generally known as pen microphones because of their narrow cylindrical shape. Their compact design makes them lightweight and easy to install.  They can be used for guitars, hats, cymbals, and other instruments. The known limitations of this type of aperture are low sensitivity and high internal noise 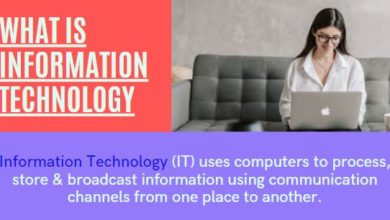