Nowadays, access to a wide area network or WAN Network is a necessity for individuals as well as large organizations. But why WAN? Because several WAN technologies are used to meet different needs in businesses. Of course, adding WAN access establishes other concerns, such as network security and address management.

As a result, constructing a WAN and choosing the right network technologies is not an easy job. In this article, you will study some of the options available in the WAN application, the technologies available in it, and the important types of WAN networks.

What is WAN Network?

WAN stands for Wide Area Network which includes a large geographical area such as city, state, country, and even continents. They use the services provided by telecommunication companies to transport data.

Different serial connections are used to achieve bandwidth over a wide geographical area. For example, the Internet is essentially a WAN, because it uses IPs to connect many smaller networks, such as LANs or Metropolitan Area Networks (MANs).

The first WAN was constructed by the US Air Force in the 1950s to connect sites in the SAGE (Semi-Automatic Ground Environment) radar defense system. At that time, a very big network of telephone lines and dedicated modems connected the sites.

It was not long before the first WANs were developed to connect offices with terminals to mainstream and mainframe computer systems. The design of these huge networks was very user-friendly that make sure the point-to-point communication from offices to data centers.

That is, it served the industry by using PCs and client/server programs or peer-to-peer architecture. Then came IP-based Internet with the ARPANET network, which stands for Advanced Research Projects Agency Network, which was a more complete type of WAN.

At Last, the first Packet Switching Network was created with communication protocols like TCP / IP protocol suite, with the capability to check and control distributed devices to send and receive information correctly. The network, along with the TCP / IP protocol, was the inauguration of security and wider use of WAN networks.

In WAN networks, several types of equipment and devices are used: 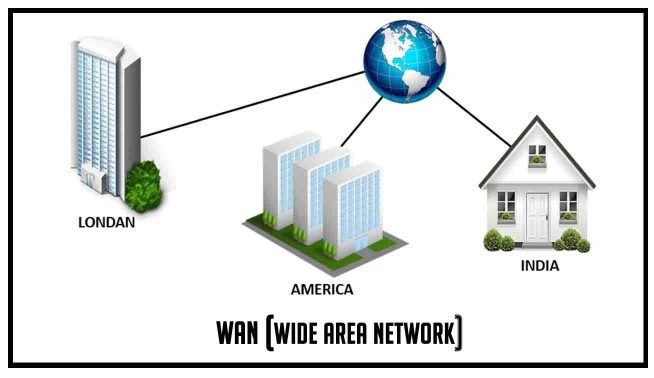 Router: Third layer devices that provide the possibility of communication between the network and WAN interface ports.

Modem: Provides the necessary interfaces for various services such as ISDN, T1 / E1, or Voice-grade.

Telecommunication Server: Devices used to focus and manage dial-in and dial-out communications of the user.

When someone has an office in London and another in Manchester and these offices need to communicate with each other and be on the same network even if they are geographically apart. Therefore, several options are available from the WAN and the following used protocols:

It is a point-to-point connection between two LANs, one of its advantages is that it is secure, but it is very expensive to operate. Protocols used: PPP, HDLC, and SDLC.

It means creating a fixed physical link or a dedicated circuit path between the terminal ends or between two nodes in the network that want to communicate. The best example is the dialup (telephone system) which connects together the wired parts to create a single uninterrupted line for each phone call. The advantage is that it is less expensive, and its disadvantages are the preparation of the call. Protocols used: PPP, ISDN.

It means transferring packets of data from one device to another network device between switches in particular and the rest of the devices in general. One of its advantages is the use of bandwidth effectively, and its disadvantage is the sharing of media over a link. Protocols used: X.25, Frame Relay

Similar to Packet Switch, but uses fixed-length packets, where data is divided into fixed-length cells and then sent over virtual circuits. It is best to use voice and data simultaneously, but its cost is high. The protocol used: ATM.

It is the switching of wireless packets using the Internet when establishing a WAN. The network address is used to deliver packets. Because of security issues, Proxy servers should be used. It is cheaper and available worldwide. However, it is the least safe. Protocols used: VPN, DSL, cable modem, and wireless.

Telecommunication service providers operate large area networks that can span long distances. TSP transmits voice and data communications to separate networks. These networks that connect to a LAN in geographically distant locations are referred to as spanning networks (WANs). 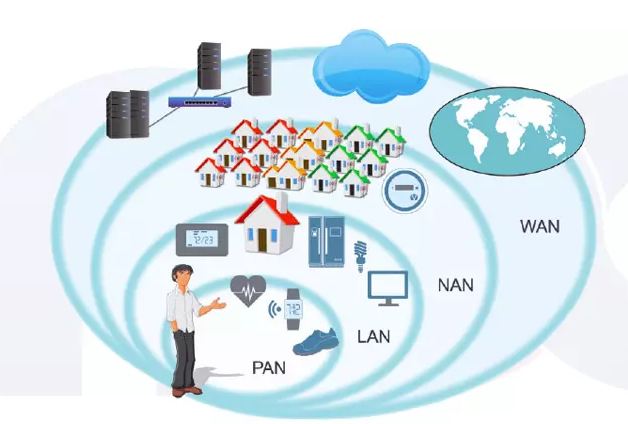 The Wide Area Network uses a variety of technologies explained below:

Packet switching is a technique of data transfer in which a message is divided into a number of parts called packets that are sent independently. Each packet holds a component called payload and a Header section for identification, which includes target information and packet order.

Packages are sent to make sure of damage in 3 copies, which are compared at the destination. And if the confirmation fails, a request to resend the package will be submitted.

TCP / IP stands for Transmission Control Protocol / Internet Protocol. This WAN communication protocol is necessary for connecting network devices or other networks that are used on the Internet today.

MPLS stands for Multiprotocol Label Switching. It is a network routing optimization method. These WAN protocols direct data from one node to another with the help of using short path tags instead of long network addresses to avoid time-table searches for routing.

In the following, we will mention some of the common uses of the WAN network:

Extensive Enterprise Data Sharing: When the head of the company office wants to share some data with his regional office colleagues, they can share the data by storing it in the system or central node.

Secure and Hidden Communications: Military operations need a completely secure network to communicate. WAN is used for this scenario.

Reservation and Purchase: Railway reservation systems and airlines use a Wide Area Network.

WAN Workstation Local Connection: Provides local workstation connectivity that helps systems to communicate with each other without an Internet connection.

Wide Resource Sharing: The WAN enables you to share resources such as printers, scanners, hard disks, fax machines, and all nodes publicly. For example, the head office can print its latest directive through the printer of another branch located abroad.

How are WANs connected?

By definition, WANs cover a wider area than LANs. It makes sense to join different parts of the WAN using a virtual private network (VPN). This provides a protected connection between the different segments that transmit data over the Internet.

Although, VPNs provide a suitable level of security for commercial use. A public Internet connection may not always be as efficient as a dedicated WAN. For this reason communication channels like, fiber optic cables are sometimes used to enable communication between WAN connections.

Difference Between LAN And WAN Network

The first difference between a LAN and a WAN is that LANs cover areas surrounded by buildings and stations, peripherals, and terminals. While WANs connect a huge number of LANs located in different areas of the world. For example, an institution can use this type of network to connect their offices and agencies that are distributed in different areas to enable the exchange of information between them.

The table below shows the difference between LAN and WAN networks according to the geographical area covered:

Following are the most important advantages of WAN.

We hope you like this article and get the right information about WAN Network. We tried our best to bring to the point information in a very simple and easy language. If you still have any queries write us in the comment section. We will respond to you very soon.