Computer memory units such as bytes, megabytes, gigabytes, etc. are used for data storage in the digital world. So we need to know exactly what each of these phrases means. This is especially important when comparing storage of hardware, tablets, and flash drives, as well as when shopping online and want to compare data rates. 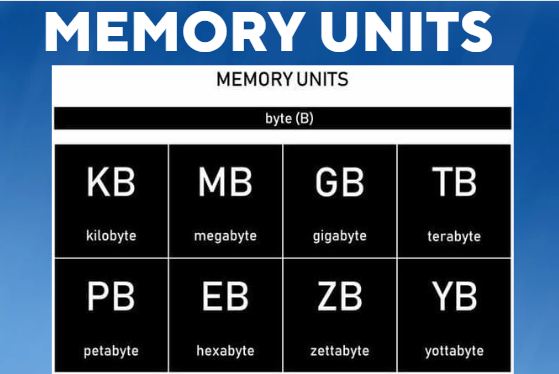 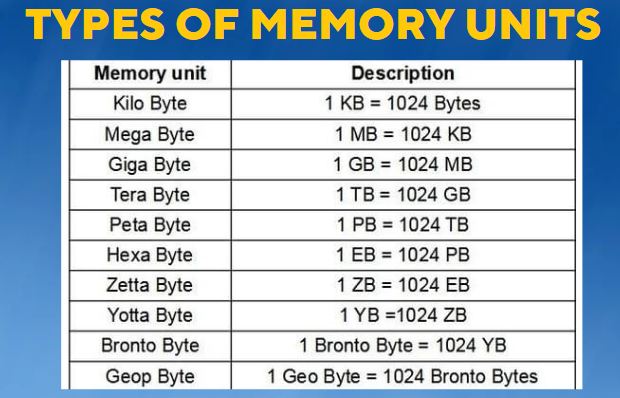 The minimum unit of memory that can be measured is a binary bit (Bit). A bit is a memory in which only two values of zero (0) or one (1) can be stored.

To the smallest addressable memory is said byte. Each byte is equivalent to 8 bits and can store one character of text. The capital letter B is used to indicate the byte.

Each kilobyte (KB) is equal to 1024 bytes. This unit of measurement is generally used to determine the size of documents, images, and computer files. For example, we say that the size of this document is 210 KB

Each megabyte is equal to 1024 kilobytes. This unit is usually used to determine the size of large files like HD quality images, videos, and documents. For example, we say the file size of this video song is 25 MB. One megabyte of storage has the capacity to store hundreds of pages of text or multiple images.

Each 1024 MB is equal to a gigabyte. It is abbreviated as GB or G. The storage capacity of high-volume storage devices such as hard disks and flash drives is measured in GBs. For example, we say that the size of this hard drive is 500 GB. One gigabyte is large memory and can store a two-hour movie or tens of hours of music.

A set of 1024 GB is called terabytes and is denoted by the symbol T or TB. One terabyte of memory is very large and used to hold the information in a data center (Data Center) where a large number of data storage devices can be displayed with this memory unit. For example, they say that the total information in this data center is 165 TB.

1024 terabytes are equal to a petabyte. It is denoted by the abbreviation P or PB. 1 TB equals 1024 terabytes (or about 1 million gigabytes). If the trend of evolution in technology continues as it is today, petabytes will definitely replace the terabytes in the future when the standard amount of data stored in products will be measured.

For example, if we want to compare with the real world: 1 petabyte = 500 billion pages of standard typed text (or 745 million floppy disks)

Each exabyte is equal to 1024 petabytes. Technology giants like Amazon, Google, and Facebook are typically now the only ones concerned about this type of storage space. At the consumer level, some (but not all) file systems used by today’s operating systems have theoretical limitations for Exabyte.

For example, if we want to compare with the real world: 1 Exabyte = 11 million 4K videos. The Information on the World Wide Web can be measured in Exabytes. 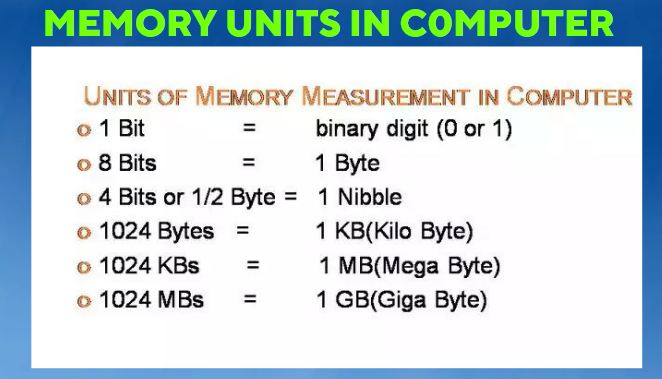 What is the Future of Computer Memory Units?

This list can definitely go on. The next 3 storage capacities are in the list of zettabytes, utabytes, and Sutabytes. But honestly, post-Exabyte capacities are for very large volumes of data storage that are not currently widely used in the real world.

We hope you enjoyed this article and get the right information. In this section, we learned about memory units that include bits, bytes, kilobytes, megabytes, gigabytes, terabytes, etc. If you still have any queries, write us in the comment section. We like to respond to the queries of our visitors. 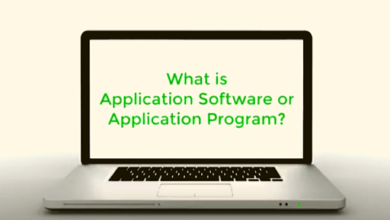 Types of Application Software With Their Examples 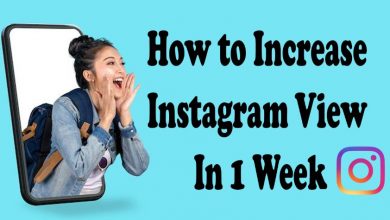