Due to the advancement of technology, the use of computers has increased day by day. People do most of their work by personal computer and on the Internet. Employees of an office need quick access to information to perform their duties. Local Area Network is a tool that can help them to do this.

The LAN uses computer cables and computer protocols to connect two or more computer systems so that all people in that geographical location can simultaneously connect to each other. In this article, we make you more familiar with the concept of local area networks. Please stay with us until the end of this article.

What is a Local Area Network?

LAN or Local Area Network is a group of computers connected to each other that are used in small environments such as a building or an office. Coaxial cables or twisted pair cables are used as communication channels between two or more personal computers in LAN. 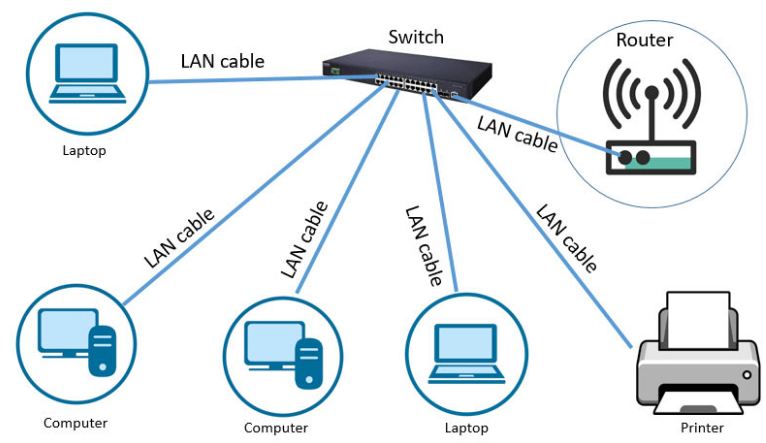 It does not cost much, because it is set up with cheap hardware; Such as hubs, network adapters, and Ethernet cables. Data transfer in this network is very fast. This network has a very high level of security.

LANs were developed in the 1960s for use by universities and research centers such as NASA, and primarily to connect one computer to other computers.

It was not commercially used until the development of Ethernet technology in 1973 at Xerox PARC. Its commercialization begins in 1980, and finally, its standardization in 1983, which make the use of LANs became widespread.

The most used type of Local Area Network is Ethernet. LANs consist of the following computer components: 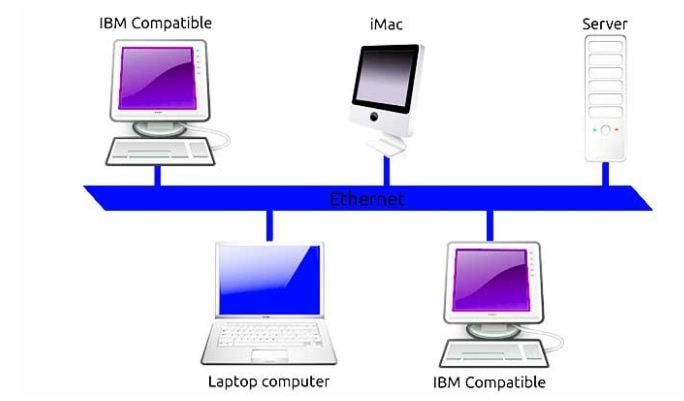 Protocols are strategies and guidelines by which information and data can determine data density and type of error.

The shape of the geometric arrangement of the elements in a network is called the network topology. For better understanding, we can say that bus, star, or ring layouts are popular types of topologies.

Cables that connect devices and systems in local networks are coaxial or fiber optic. In addition to the cable connection, local area networks can also be used as wireless. The name of the wireless network is WAN.

It is good to know that in a WLAN network, wireless communication equipment such as radios and access points are used as a communication interface.

Features of the Local Area Network

Let us know the basics of the local area network.

The storage disk acts as the central storage facility for storing data in it.

The local area network can support both manufacturing and industrial environments.

The local area network is used in everything related to classrooms, labs, and educators.

In email support, it connects different systems to each other.

In a client/server LAN, a variety of devices are connected to a centralized server or server device as a client. This server can handle multiple activities such as data storage, printer and plotter access, and network traffic. These LANs are connected by wired or wireless media.

This type of LAN does not need a centralized server device. Therefore, it is not able to do a lot of work compared to the Client / Server LAN. According to the concept of peer to peer, each computer and other devices are connected in parallel with each other.

VLANs or Virtual Local Area Networks are a way to divide traffic on the same physical network into two networks. For example, dividing a physical LAN into two portions, accounting, and office, can be done easily and simply.

Imagine two separate LANs, each with its own router and Internet connection, set up in the same room. VLANs are like this. But instead of using physical hardware, they are almost split using the software. In this case, only one router with an internet connection is required for both computer networks.

The geometric arrangement of the elements of a network is called topology. For example, bus, star, and ring topologies are common layouts that can be used to connect network devices. Bus, ring, and star topologies are used to set up a LAN. In the following, we have further explored these topologies:

Bus Topology: In this topology, only one computer at a time can act as a master and server and is allowed to publish data. In this type of topology, other computers only act as a listener.

When multiple devices want to send data simultaneously, an arbitration mechanism must be used to solve this problem, which fortunately is possible in these networks. There is a use of a centralized or distributed mechanism.

The Internet is the most popular bus topology with decentralized control. The data transmission speed of this topology is from 10 to 1000 Mbps. Computers in the Ethernet topology can send data at any time.

The data is received from the adjacent node and sent to the next node. Therefore, information moves only in one direction and is transferred from one station to another.

Star Topology:  As the name implies, a star-like model is used to connect devices. In a star topology, all the devices in a network are connected to a specific device called a “hub”.

The number of devices and services provided on a network are the factors that determine the type of technology used in a LAN. Two examples of the most general and widely used types of communication technologies used in modern LANs are Wi-Fi and Ethernet.

For example, in homes and small organizations, there is always a modem to establish the Internet and a router to provide internet. There is a connection to other devices and a Wi-Fi access point for establishing wireless internet.

In some cases, all of the above factors are combined within one device. In larger LANs, all the equipment in a LAN is seen as the only difference in the size of the area they cover.

Difference Between VLAN and LAN

VLANs help manage networks, especially on very large LANs. By splitting the network, managers can easily manage network traffic. Of course, VLANs are very different from subnets. Subnets are another way to split a network to achieve greater performance.

Difference Between LAN, MAN, And WAN

The only difference between a WAN and a LAN is that the WAN is a wider geographical distance, such as; It covers cities, provinces, and even countries. 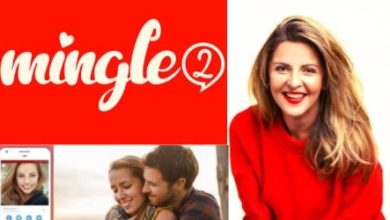 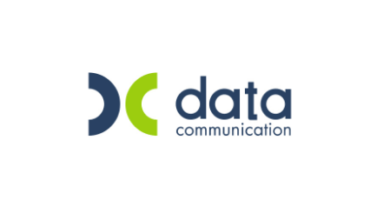