DOS (Disk Operating System) is an operating system that runs from a storage disk drive, such as a floppy disk, hard disk drive, or optical disc. It must provide a file system that is used to read, write and organize files on the storage drive. The first DOS was IBM PC DOS introduced by Microsoft in 1981. 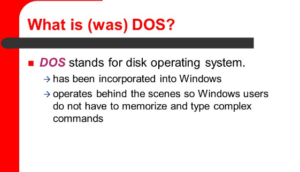 MS-DOS stands of Microsoft Disk Operating System, developed for IBM PC and compatible computers during the 1980s to mid-1990s. MS-DOS is a command-line-based system, where the user enters all commands in the form of text and there is no graphical user interface like in Windows

What is DOS Command?

DOS commands are small programs used to perform a specific job. Each DOS command performs its dedicated task. Without these commands, it is impossible to work on the computer system. These commands exist in MS-DOS and used to interact with the operating system and other command-line based software.

If you are working on a computer with a Windows operating system (like Windows 10, 8, 7, etc.) then there is no need for DOS commands because MS-DOS is not available in windows. These commands can also be used in Windows with the help of  Command Prompt. These commands are called CMD commands.

There are three parts of DOS commands

Internal commands are inserted into computer memory during computer booting. These commands can’t be viewed, edited, detected or deleted because they are not present in the form of any file. MD, CD, TIME, DATE, COPY, COPR CON, TYPE, etc are common examples of internal commands.

External commands are stored in the computer memory after booting. These Commands can easily be viewed, copied, changed or deleted because they are present in the form of a file. FORMAT, COPY, PRINT, SYS, EDIT, TREE, SORT, PROMPT, etc are common examples of external commands.

What is the Command Prompt? 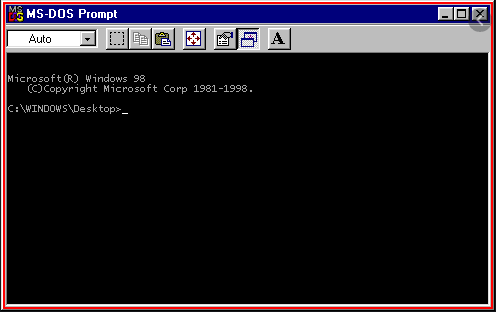 Command Prompt is the input field in a text-based user interface in Windows. It is an official Windows command processor used to execute the commands entered in it. A command prompt (cmd.exe) issues various commands like file management commands i.e copy/ delete or troubleshoot windows issues.

What is DOS Prompt?

The DOS command prompt is an important part of the MS-DOS command-line interface (CLI). It is the basic setting for the interface, where the prompt sets the platform for executing command lines of code. he main function of the prompt is to guide the user where and how to enter command-line text.

The DOS command prompt was the most well-oriented way to interact with the personal computer before the innovation of Windows graphical user interfaces. When the user navigates within the operating system, other files, directories, and subdirectories may also be added to the prompt. The common prompt is “C:\”.

What is DOS Attack? 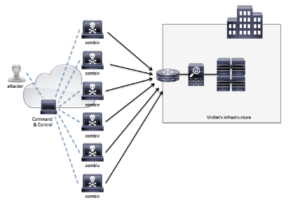 A “denial of service” or DoS attack is a type of cyber attack used to tie up a website’s resources making it inaccessible to its intended users by interrupting the device’s normal functioning. DoS attacks typically accomplish by flooding or overwhelming the traffic to the targeted that triggers a crash.

The first DoS attack was done by a young boy David Dennis at the age of 13y in 1974. Dennis wrote a program by using the “external” or “ext” command that forced some computers at research in a nearby university to power off.

An important type of DOS attack is a distributed denial-of-service (DDoS) attack that comes from distributed sources, like a botnet DDoS attack.

Following is a list of important dos commands and what is their function.

What is Command Com?

Command com is a port of DOS. It helps to boot the computer and load the internal DOS command into memory (RAM). It also provides the PROMT and command line on the Cathode Ray Tube (CRT)or simply monitor.

At the end of the list, there is a line that shows the number of bytes free on a hard drive.

View a Wide Listing of Files

When you need to quickly view your files, you can add a /W to the directory command. This will display your files into five columns on the screen.

This command does not show the file size or the fate it was created.

In spite of using the directory command to look for one specific file, you can type the name of the file after the DIR command at the C:\> prompt.

Check for a Group of Files

The * symbol is called wildcard and stands for any character or group of characters. This is helpful when you desire to list files that start with some specific letter or group.

You can use the wildcard character * to show a group of files with the same extension.

When the screen is full of information, you may want to clear it. To do this, type CLS at the C:\> prompt and press enter.

Create a File with DOS

You can use the COPY command to copy one file to another.

Type a File with DOS

If you need to check the contents of a particular file or any DOS file, you will need to use the TYPE command.

The RENAME commands let you rename a previous file with a new name.

To create a subdirectory, you will need to use the command MD.

Move to a Subdirectory

CD command is used to move to a directory.

Move to the Parent Directory

Copy a File into a Subdirectory

The copy command is used to copy files from one directory to another.

Note: the backslash character \ directs DOS to read from the root directory. The*. Requests the listing of the subdirectories.

Delete a Group of Files

By using the wildcard character* you can delete a group of files from your hard drive.

Delete all Files in a Subdirectory

There are two rules you will need to follow before removing a subdirectory.

RULE 1: all files in the subdirectory must be deleted.

NOTE: never type DEL *.* when you are in the root directory. It will wipe out all DOS files that are compulsory to boot and operate the computer.

RULE 2: you cannot be in the subdirectory that you wish to remove. You will need to return to the root directory (C:\> prompt).

It is used to enable the hard disk or floppy disk for storing the data e.g.

/V means to enter the volume label after the formatting.

NOTE: if you receive a message like: “Track 0 bad” or “Disk. Unusable,” your disk may be the wrong capacity. You can get help with this error message by typing.

Sometimes there is a need to copy all the files on one floppy diskette to another floppy. First, you will need a blank formatted disk.