The characteristics of the Computer system indicate its quality or functionality. There are different types of computers depending on their size and capacity, but all computers have must have these 21 common characteristics.

Before discussing the 21 basic characteristics of a computer, let’s look at what is a computer and how it works. A computer or computer is defined as a device that receives data and then processes it into meaningful and valuable information and then stores it in different storage media.

The computer can exchange this information with other compatible devices, as it performs billions of arithmetic and logical operations in a very short time that does not exceed a few seconds.

Central Processing Unit: A good computer must have at least a 7th generation Intel Core i7 or 5th generation Core i5 processor.

RAM: A computer with at least 8 GB (8 GB) of random access memory (RAM) is recommended.

Monitor And Graphics Card: It is recommended to use a computer screen of a type ( monitors or LCD ) of at least 23 inches, and that the graphics card contains many different outputs, such as an (HDMI) and a (DVI) output.

Network Card: It is good to use a network card (Network Adapter) that supports the use of wireless on computers, such as the network card (802.11ac 2.4/5 GHz wireless adapter).

Warranty: The new computer must be protected by a warranty from the seller, preferably three years from the date of purchase.

Other Features: There are many other things that can come as extras with a good computer, such as a webcam, an external storage disk for computer backup purposes, or a USB flash drive.

Characteristics Of a Computer

The characteristics of a computer or computer are important things to know. Because computers have become widely used nowadays. Most jobs and businesses depend mainly on the computer. All information is stored on computers, and paper files have almost vanished within most jobs. 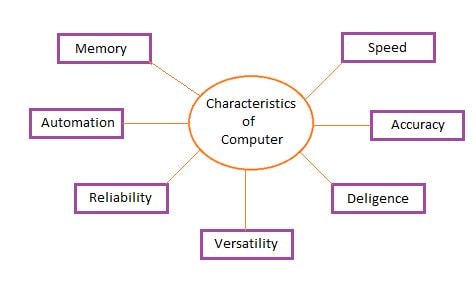 Because of the nature of the person’s work, and the need to use it, here we will mention the ways that enable us to know the 21 best characteristics of the computer system.

Computers run much faster and more accurately than humans when performing calculations. The advantage of speed is a feature you can add to your computer, not just one of its basic characteristics. Computers can execute millions of instructions per second. The time it takes to run a computer is microseconds and nanoseconds. System speed is measured in megahertz (MHz) or gigahertz (GHz).

Computers are reliable because they provide consistent results for similar datasets. For example, if you enter the same input package multiple times, you will get the same result.

Computers can store large amounts of data and have the ability to recover data very quickly. But the process of storing and retrieving data when using paper requires more time and larger storage space.

PC modes specific direction. It enables a variety of processes such as addition, subtraction, and division. You can also perform logical operations such as examining two numbers to determine which one is larger.

Computers can perform millions of tasks and calculations with the same consistency and accuracy. You will never feel tired or without concentration. Also, its memory is better than that of humans, and the computer brain is more accurate than the human brain.

Diversity refers to the ability of a computer to perform different types of work with the same accuracy and efficiency.

The system will do all the work automatically. That is, it performs the task without manual intervention.

Computers have the ability to send and receive information on compatible devices and communicate with different parts of the world through the Internet.

Despite the large amount of data processed by the computer and the large number of operations performed in a very short time, it is highly accurate without errors or errors.

The system is a dumb machine and cannot work without user instructions. It executes instructions very quickly and accurately. What you want to do and in what order is yours. Therefore, the computer cannot make its own decisions as much as you can.

Images can be displayed in a variety of ways or in static, moving, or video-like ways.

Computers have the ability to operate continuously for a long time without glitches, errors, fatigue, or boredom.

You can connect two or more PCs to communication devices such as electronic devices. Computers share knowledge direction and information with interconnected computers. We can connect with people around the world through networks like the world wide web.

Computers perform a variety of tasks. We can use the computer in the hospital or at home. Ability to do completely different jobs. You can use your computer to generate a ticket. The next moment, you can use it to make inventory control and electricity bills.

The computer cannot be satisfied with emotions as an input. This is often a real shortcoming because as a result of the PC it is unable to function in a mood of sadness and happiness-like personality.

Computers are not intelligent. It only follows the given instructions. If a program is given in addition to the PC, it cannot deduct on its own.

Can do hard work in less time and at a lower cost. For example, we are forced by many to handle the workplace. The main work is done alone with the help of a PC. This lowers the price.

Computers have the power to store any amount of information and data. Information can be stored for many years, as long as it is needed. How much data you want to store on your computer and when you lose it is entirely yours.

Areas Of Computer Use

Used to perform various medical analyzes as needed. It is used to obtain and analyze the results of clinical trials, control medical equipment, and monitor patients directly.

Used in a variety of designs, including building and facility design.

Through which spacecraft are controlled

The computer is widely used in the electronic funds transfer between individuals and institutions, as well as in the issuance of checks and exchange operations. 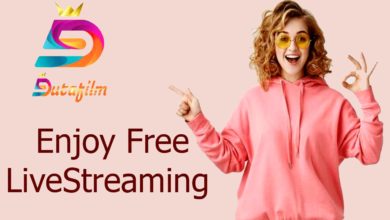